The History of Patton Middle School

In 1970 Unionville-Chadds Ford School District consisted of one high school and two elementary schools. However, the district was growing and soon there was a need for a fourth building. School board members and educators had a choice. They could build another elementary school, build a junior high that would function similar to the high school, or take a chance on a new and innovative movement in education, and build a middle school. They chose to build a middle school, and the rest as they say is history!

The middle school's first principal was Mr. Charles Patton and he led Unionville Middle School from it's inception until he retired in 1992. Today The Charles F. Patton Middle School stands as a living and breathing monument to both Mr. Patton and the forward thinkers of our community. They chose to reach outside the box and give educators the proper facilities and support to teach the very unique middle school child.

Unionville Middle School opened it’s doors to students in 1972. Since then the school has become one of the leaders of Middle School Education in the nation. Over the past forty-five years the philosophy of “kids first” has never wavered. Teachers and administrators hold fast to the idea that a successful middle school staff is dedicated to the well being of the whole child. The pre adolescent mind and body requires an educational approach different from High School and Elementary school. The rapid changes that occur at this age rival the growth that takes place during infancy. Team teaching allows adults to work together to create the best educational plan for all Patton Middle School students. This plan includes academics, enrichment, and extracurricular activities. All three of these support a solid education both socially and emotionally, and set the foundation for our students to become successful well rounded adults. 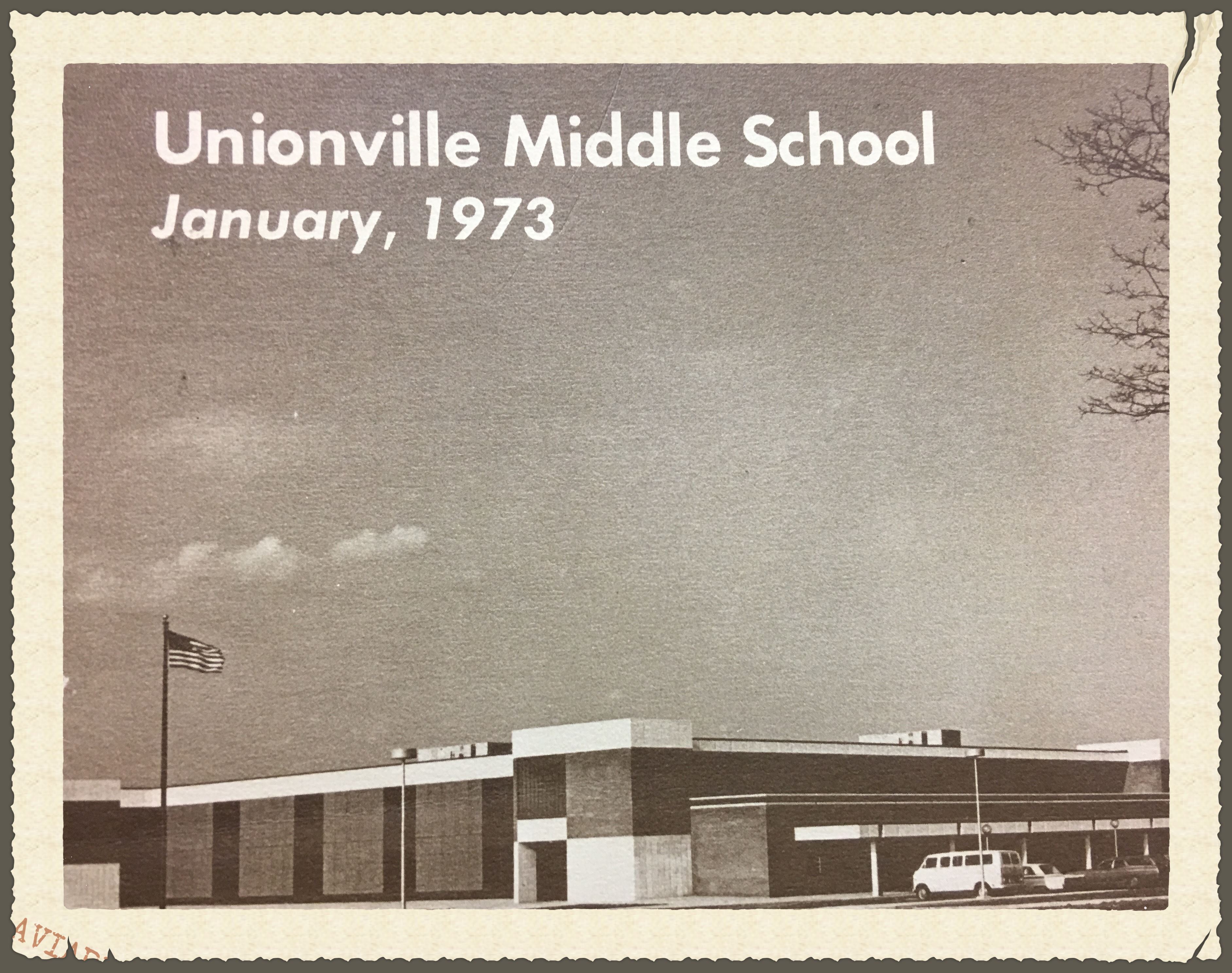 Unionville Middle School was one of the first of it’s kind to be built in the state of Pennsylvania. In 1970-71 architects designed a new school with a new philosophy. Middle school teachers are strong believers that the “child comes first”, that team teaching is a must and that school should be fun! This philosophy requires a special building where teams can function as a cooperative community within the larger school. Designers also needed to seriously consider energy efficiency as the cost of fuel oil continued to wreak havoc on the American economy, and the third component architects knew was that UCFSD was growing in population every year so the school would need to be able to expand easily.

The 1972 architect’s design is pretty much what we see today! A simple rectangle that expended over time to meet the needs of our growing school district. We have low ceilings and few windows for energy conservation, and long hallways to accommodate teams of students and their teachers. The facility has been lovingly cared for over the years by a crew of dedicated maintenance people who have kept the building in excellent condition despite her age. Our building is solid and secure. The hallways overflow with happy, well educated children and the adults who are helping them to transition from children to responsible young adults.

Following Mr. Patton's retirement in 1992, long-time Patton teacher and then Assistant Principal, Bruce Vosburgh, was named principal and served in this position until 2012. Tim Hoffman became only Patton's third principal in almost 40 years when he was appointed in 2012 and he served until 2017 when he was named the district's Director of Curriculum. Former Patton teacher and Hillendale Principal, Steve Dissinger, was named new principal in 2017.